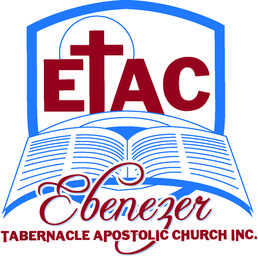 Through many dangers, toils and snares we have overcome. Nobody told us that the road would be easy but we do not believed that the Lord has brought us this far to leave us.  To God be the glory great things he has done.

Ebenezer Tabernacle Church on April 2000 with seven members at 400 Newman Terrace in Elder Hopeton Morris's Apartment. We fasted and prayed and seven weeks later the Lord blessed us and we were able to rent a building in the city of Notre-Dame-De-Grace on Fielding Street in Montreal.
​
After 2 years the Lord grew our memberships to 20 members. We rented a Hall upstairs Wesley united Church on Notre-Dame-De-Grace street. In 2007 Ebenezer Tabernacle Church joined the Canada District Council which is an arm of the Pentecostal Assemblies of the World (P.A.W).
​
Our growth continued which allowed us to begin the process of searching for a building of our own to worship in. In November 2008 we but a bid for a building which was previously owned by the Salvation Army, it was ready for church with all the benches and the podium already in place.

The Rest is History! The Lord helped us and we went to the notary on February 11, 2008 and had our first service on April 13, 2008. Our present location is at 172 Willibrord, Verdun, Quebec. Since then the Lord has been blessing us and the church has been growing ever since to God be the Glory great things he has done.